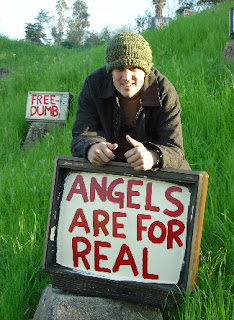 ALL IT takes is a listen to "WattstoLeimertPark" to tell that Mike Sonksen, often known by the moniker Mike The Poet, is an artist who knows and loves his city. Perhaps what makes this catchy track most compelling is that Mike acts not only as a poet, but also a Los Angeles historian.  The lyricism of his spoken word coupled with driving instrumental accompaniment is enough to satisfy any listener, but a deeper investigation leads to something much more culturally rich within the track.

For Mike, it's not just about his own artistic vision.  He's also invested in encapsulating some of L.A.'s greatest, particularly the artists whose work might slip through the cracks of history.  In the track he tributes countless people because for Mike, “The African-American artists, authors & musicians of LA give the city the soul it really needs. Along with the Eastside artists of Boyle Heights, the artists from Leimert Park & Watts represent the real substance of the city.”

Watts and Leimert Park are the two particular L.A. neighborhoods that Mike fixes his gaze on in the track.  Since certain regions like downtown and Hollywood gather more attention than some of the smaller cultural hubs in our city, many people pass by them without much of a thought.  In this track, Mike offers listeners a glimpse into a culture that they might not have noticed: "Leimert Park was designed by the very famous architects, the Olmstead Brothers in the 1920s. It is under-appreciated and full of amazing stores and culture."  And Mike definitely has an idea of why some of these cultural benefactors might be forgotten.  It's an L.A. thing.

Unfortunately, from the boosters onward, Los Angeles has primarily stood as a city that basks in warmth cast by false promises and pretenses.  In the modern context, this often comes out through the media's propagation of sex and violence.  Mike's very aware of this, saying, "Positivity doesn't sell.. Gangs, sex and drugs do," but this awareness doesn't persuade him to cater to that type of content.  Much like the artists he plugs in "WattstoLeimertPark," the track itself stands against this lean towards negative projections of L.A.  He attempts to get to the core of Angeleno culture: “Much of my work is about clearing up misconceptions and showing the authentic side of the city rather than the false stereotype.”

Since the song dwells on the sound of LA, specifically seen in his refrain, "music is the heartbeat," I decided to ask Mike how he would define the sound of his city.  Like any Angeleno that understands the almost impenetrable depth of his confounding city, Mike acknowledges the true breadth of the L.A. sound.  He gives it up to, “Laurel Canyon singer-songwriters, late 70s punk rockers, the Eagles, heavy metal, gangsta rap, Beach Boys & several other movements.  Too many sounds to make one distinction, but the sound of Watts & Leimert Park are as historic as any of them."

And as it turns out, the highly quotable refrain is in itself an allusion specific to the local of L.A. that the song fixates on. "[It's] from a quote I heard in the documentary about Leimert Park.  One of the community figures there said "Music is the heartbeat." A man named Richard Fulton, he's passed now, but he was a major leader there for years. I liked the quote & felt it captured the area well & so I used it in the poem.. The poem is basically a collage of the areas writers, musicians & landscape.. And you are right about music uniting people.. Music & poetry are the backbone of Leimert Park, I felt the refrain captured the spirit on multiple levels."

Photo Taken from http://www.mediacakemagazine.com/cake_spring_07_014.htm
Posted by Carey Uhl at 1:26 PM